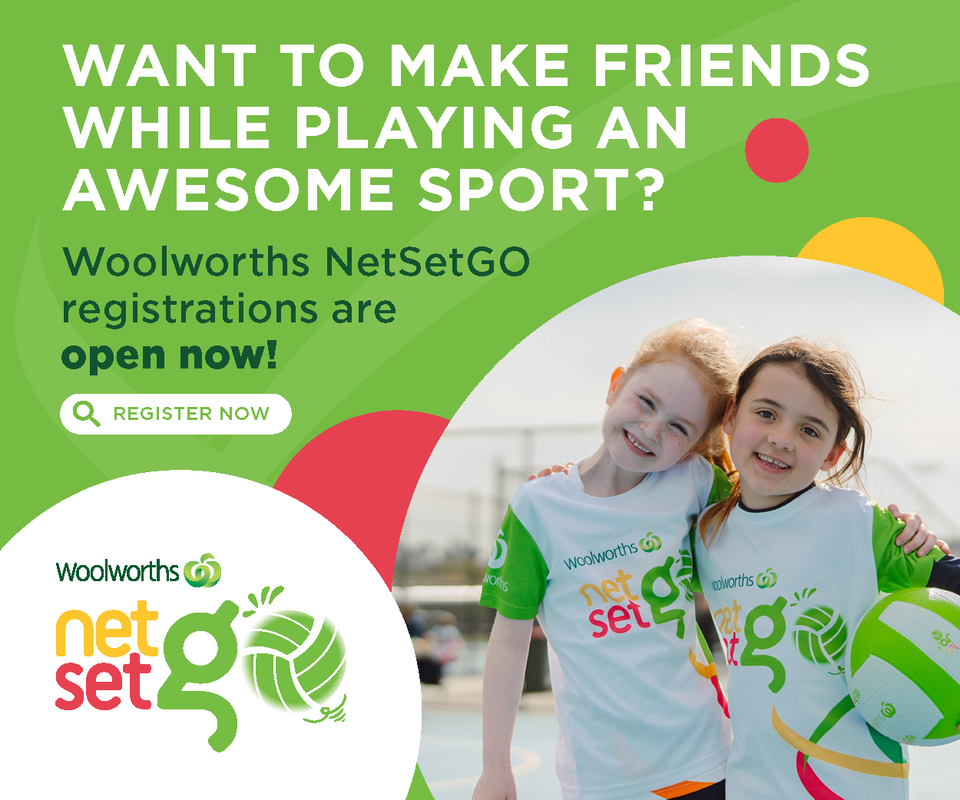 ​It’s time to join Woolworths NetSetGO.
You’re young, you’re small, and you’ve got energy to burn.
Woolworths NetSetGO is Australia’s official starter program for girls and boys aged 5-10. It’s a chance to learn the netball basics, get outside and make some friends. For a lot of kids, this is the first time they’ll pick up a netball or chuck on a bib!
​Woolworths NetSetGO is divided up into three tiers: Net, Set and GO.
Where you start depends on your age and netball experience. As you move through the tiers, you’ll pick up more advanced netball skills. One week it might be passing drills and ball games, next it could be shooting and practice matches. All Woolworths NetSetGO sessions are led by a friendly netball coach, using equipment built specially for kids.
To find out more about Woolworths NetSetGO in Forest Hill, contact parkmorenetball@outlook.com.